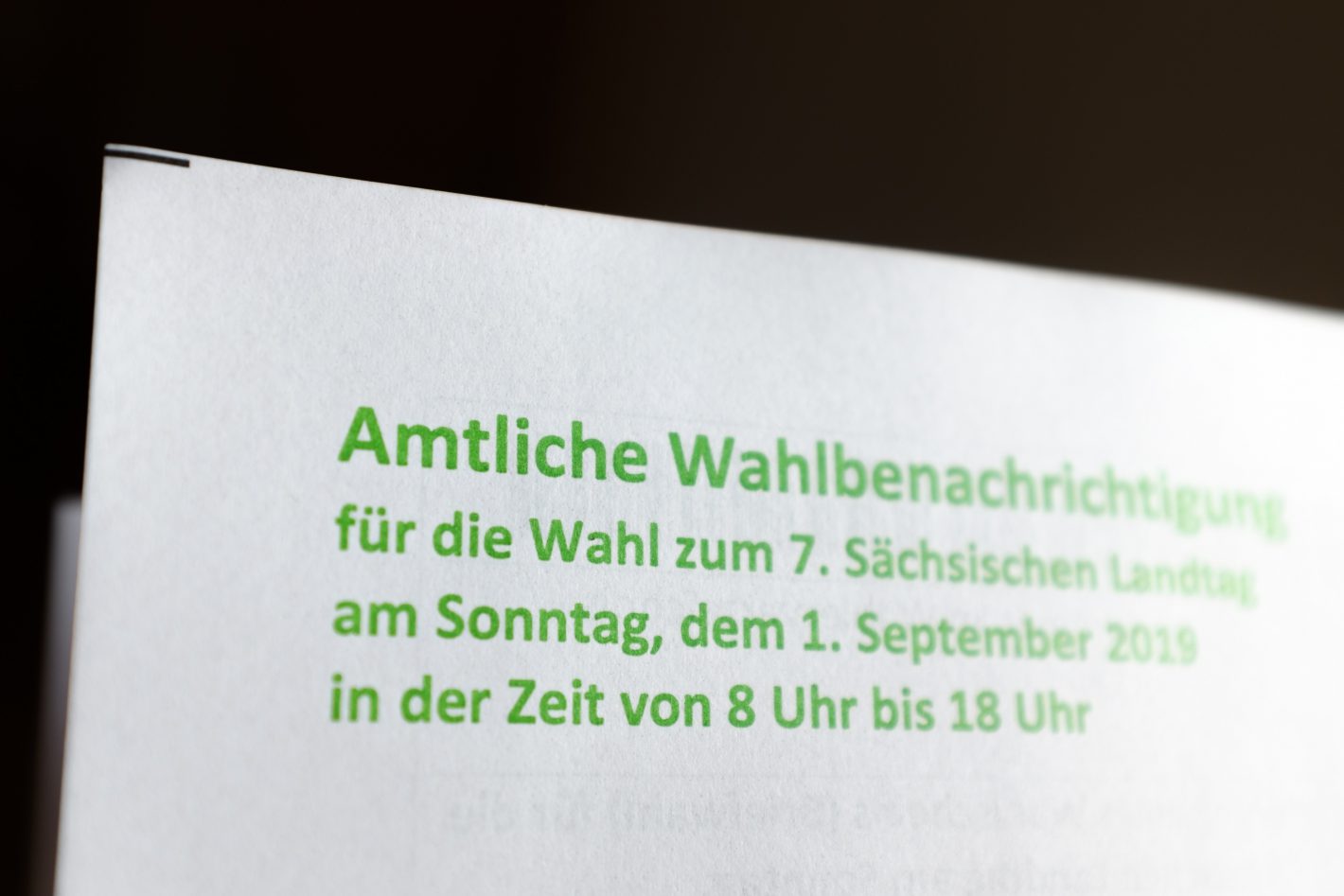 There are state elections in Saxony coming up. As a voter, it is a challenging task to understand the parties and candidates and to vote self-confident. Here are my thoughts on reflections with respect to my point of view, in a time of decreasing culture of discussion.

What defines us humans is our distinct ability to think, as Gabriel explains in his book on thinking (in German: Der Sinn des Denkens). He further reveals: It is essential that we want to live as an individual as well as humanity. The awareness of this finiteness is crucial to our actions and clearly differentiates us from technical devices and algorithms that have no will to survive. — So far the observations by Gabriel. In this sense, I consider it an important task to make use of thinking for the election decision. I spend many hours every week working for my job; a few would be possible for our democratic society.

First of all, it is important to gather information to be able to make a long-term decision. The content I find primarily in the election programs. These texts are wrongly rarely read by voters because they are enlightening and authentic. Surprisingly, even some of the candidates of a party are not thoroughly familiar with the content of their program. As a voter, however, it is not realistic to completely read this long text calmly. But already it helps me to read excerpts of the programs, for example, I am interested in the handling of wealth. However, a comprehensive picture does not arise with this sample.

Part of the solution is the online tool Wahl-O-Mat. Simply position yourself to a few political statements with yes, no or maybe and then look at how you match to different parties. This approach is relatively quick and in some cases leads to an unexpected result, which in turn stimulates reflection. But the schemes with selected topics also has its pitfalls. If I am not familiar with a topic, I make a quick gut decision. In about half of the cases, I would like to change my choice after a substantive examination of the positions of the individual parties. In the other part, this quick decision is in line with what I would have taken after much thought. This randomness shows how vital reflection is.

Quantitative queries allow comparison at the expense of essential values

A quantitative query has a basic problem: the own point of view can not be fully represented by a few numbers, because if I take the result of such an evaluation — for the case of the Wahl-O-Mat the percentages of agreement with the answers of the parties — I can not unambigously reconstruct from this single number my position. Also, the quick questions do not give you the time to think and weight, as to propose topics by yourself.

In this respect, it is sobering to see how extensively the instrument of inquiry is used elsewhere. For example, the gut feeling of the population is also evaluated by the federal government. The Federal Press Office conducts surveys to identify issues where citizens see problems and a need to take action. They also serve as a control instrument for the Federal Government as part of its policy mediation. Although the data are now being published, a reflected dialogue, with hearing and speaking, is in this form only very rudimentary between government and citizens.

The use of numbers suggests interchangeability of different things. But not everything can be quantified with a price, which is especially true for our environment. Although, for example, agriculture and finance can be compared in terms of their contribution to the gross domestic product, it is not possible to reconstruct the corresponding economic sector from the critical figure alone, nor can we live without one of these areas in our time.

Reflect my point of view in the context of other positions

In Saxony, state elections are scheduled for 1 September 2019. In preparation for the upcoming election, there is a lot of information to see. Candidates and political parties are trying to reach potential voters, as well as the media, are reporting comprehensively. But how can I keep a clear head in this situation and clarify my own opinion, my point of view?

In anticipation of the upcoming election, I appreciate the MDR Candidate Check. In a four-minute interview, candidates answer the same questions in the same order. First of all, when looking at the records, I get an impression of who offers to represent me in state politics. Especially for the first vote it is an excellent help to get a clear picture. Also, the answers provide a solid basis for conversations with friends. However, the key-value becomes visible in another task: take your time and answer the questionnaire yourself. By discussing the content and writing down, I am tightened in my position, more open to other opinions and ready for constructive political discussions, what I consider to be essential for a peaceful togetherness.

Thinking opens up the possibility of thinking beyond borders, even across national borders. If we move in a straight line, the national border will eventually come, behind the world goes on. Behind it comes the border of the European Union, then more land and water surfaces and finally the journey goes back to the European Union, to the border to one’s own position. The earth is round. We are dependent on our fellow human beings and the environment, also beyond the state border. This essential consciousness is crucial to our existence. It is not enough to see, nor to only hear and speak, it also needs understanding.

It is good to stop before making a decision, but it is essential to leave the state of hesitation as well. We have to place our point of view clearly and should not blindly trust others in anticipation of obedience. Decisive is to understand and to choose. It is too late for not voting.

This site uses Akismet to reduce spam. Learn how your comment data is processed.